The New Gloucester Fire Rescue was dispatched to a woods fire that was spreading to a garage at approximately 5:30pm on Friday May 27, 2016. Fire officials first on scene reported heavy fire from the rear of the 25′ x 60′ structure. The structure contained an oversized 2 car garage with a partially finished second floor used as an office. It took fire fighters over two hours to contain all the flames. The fire was difficult to extinguish due to the access of water and a partially collapsed metal roof. The collapsed roof contained some of the fire until fire fighters could make access. Fire Fighters used foam to help suppress the hot spots and also used over 25,000 gallons of water. The New Gloucester Fire & Rescue responded with 14 Fire & EMS. New Gloucester was assisted by Poland Fire Rescue Department, Gray Fire Rescue, Pownal Fire & Rescue Departmentre , @Durham Fire & Rescue, and North Yarmouth Fire Rescue. The cause of fire will remain as unknown. No one was hurt on the emergency scene. The building was a complete loss and it is estimated at a value of $150,000. 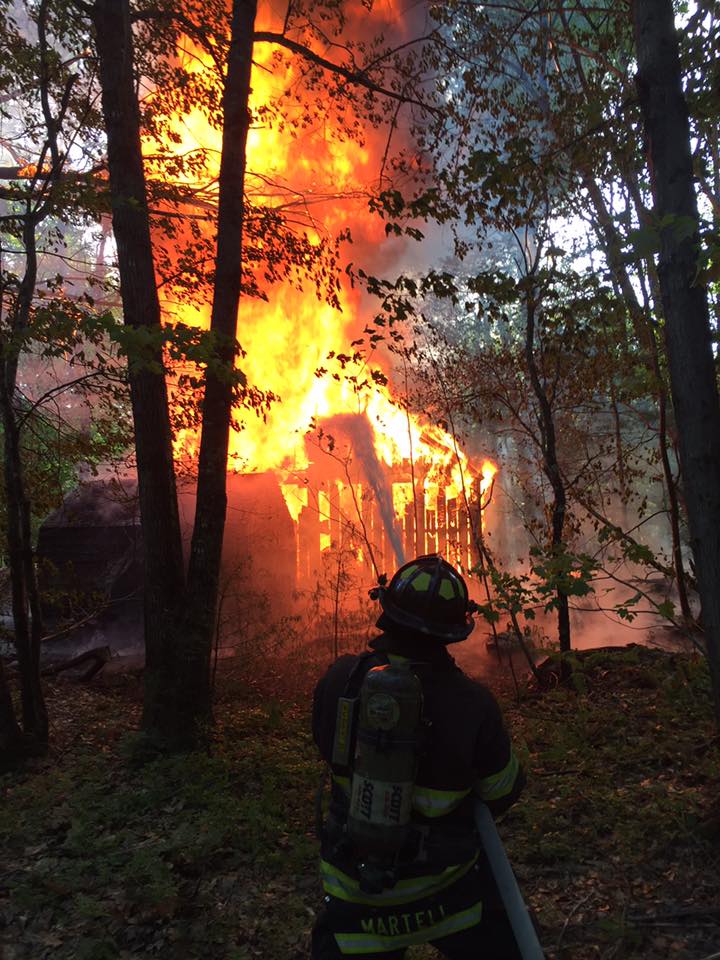 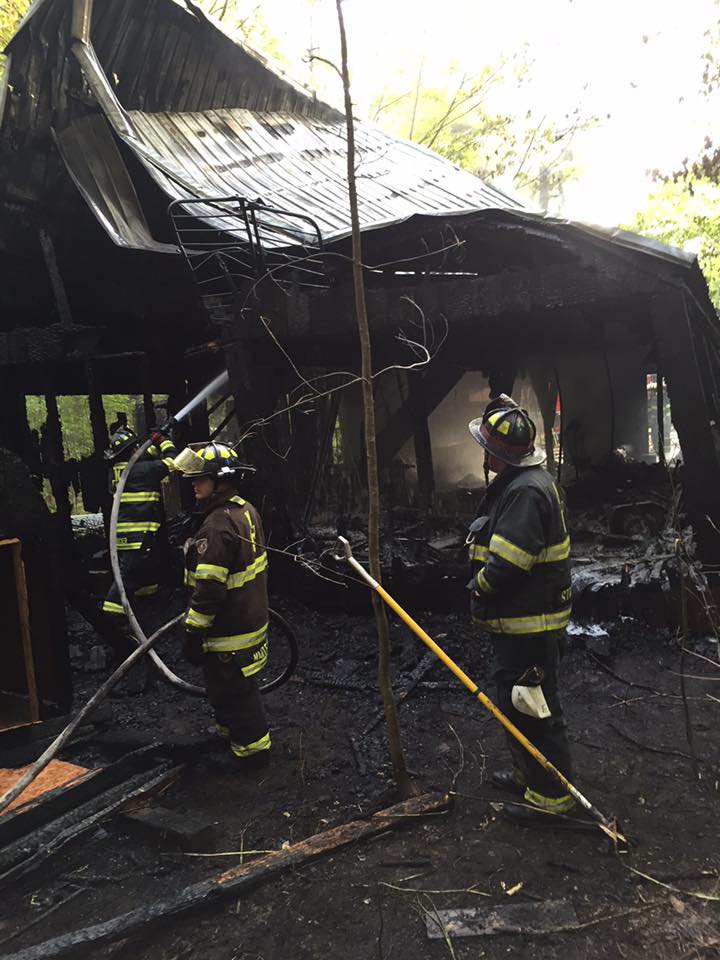