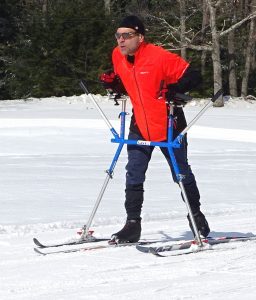 The VAST Fifth Annual Nordic Biathlon Camp at Pineland Farms Feb. 28-March 4 attracted 16 competitors from California, Oregon, Florida and throughout New England. According to organizer Kristina Sabasteanski, one entrant was nearly 100 percent visually impaired, four have undergone amputations, several deal with traumatic brain injuries, some have PTSD and others received injuries from improvised explosive device blasts in Middle Eastern war zones. A few of the participants had never skied before the event but managed to hone their skills enough to compete in relay races testing their cross-country ski and target shooting abilities.

For Patti Mikkelsen’s complete column in the Lakes Region Weekly, go to http://news.keepmecurrent.com/inside-new-gloucester-164/