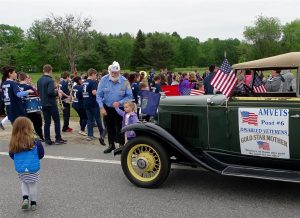 Willy Danforth (center with white cap) serves as the parade organizer for the second consecutive year. 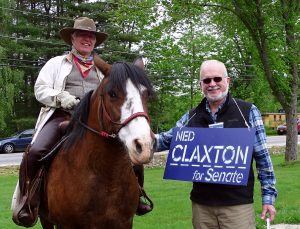 Michael Fralich, co-founder of Healing Through Horses, is preparing to ride his horse Cyra in the parade. He chats with Ned Claxton, candidate for State Senate District 20, before the parade steps off. 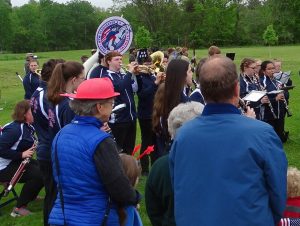 The Gray-New Gloucester High School band performs a tribute to the branches of the U.S. military at memorial services held at the New Gloucester Veterans Monument.