A native of Japan and China, where it is not an important pest, the Asiatic garden beetle (AGB) was first discovered in the United States in New Jersey in 1922. AGB grubs feed off the roots of grasses and weeds in early spring. Adult beetles attack many different vegetable, herb, fruit and ornamental plants feeding mostly at night chewing irregular holes in the blos- soms and foliage of host plants. AGB damage is especially prevalent around the leaf margins.

The AGB overwinters in the soil as a small grub feeding off the roots of grass and weeds in early spring. Larvae pupate in late May and June, emerging as adults in late June and July. Adult beetles are attracted to light and may congregate in great numbers on windows, screen doors – wherever there is bright light. The females burrow into the soil to lay their eggs, which hatch in about two weeks. Though the AGB has only one generation a year, adults may remain actively feeding all summer.

AGB are night feeders who hide in the soil around plants during the day. Gardeners who notice damage to vegetable, fruit or ornamental foliage, particularly around the leaf margins, without seeing the destructive pest itself can monitor for presence of AGB by visiting the garden at night and shining a bright light down onto the soil. Adult beetles will be attracted by the light.

Spun-bonded fabric row covers may protect herb and vegetable planting beds against the predations of adult AGB, unless larvae have overwintered in weedy garden soil. Prevent over-wintering by cleaning up the fall garden, tilling under or composting all weeds and plant debris.

Scattered at different soil depths and feeding on the roots of almost all plants, AGB larvae are not as destructive to turf and lawns as Japanese beetle grubs; rarely are controls needed for AGB grubs on New Hampshire lawns.

Carbaryl, malathion, rotenone or pyrethrins will help control adult AGB feeding on plant foliage, but during seasons when beetle populations are abundant even several applications may not result in total control. Merit, applied in early spring in areas infested with AGB the previous summer, will control larvae. Apply any pesticide according to label directions.

Stop! Read the label on every pesticide container each time before using the material. Pesticides must be applied only as directed on the label to be in compliance with the law. All pesticides listed in this publication are contingent upon continued registration. Contact the Division of Pesticide Control at (603) 271-3550 to check registration status. Dispose of empty containers safely, according to NH regulations.

How should New Gloucester develop its budget? Should the budget be approved at town meeting or by voting at the polls? What should be the process if a budget article fails? 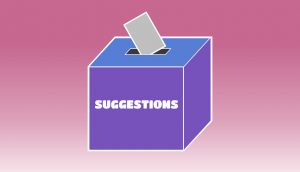